HMS Beagle left Britain from Plymouth on 27 December 1831. Darwin had to get used to life on board a ship – one of his early challenges was how to sleep in the ships hammocks without falling out! He also had to get along with Captain Fitzroy, who Darwin said was always very nice to him but was also sometimes very stubborn and angry…

HMS Beagle landed in the Galapagos Archipelago in September 1835. Darwin’s first description of the Islands focused on geology and described the rock formations and volcanoes that they saw when they first arrived. Darwin was still very interested in exploring everything around him, and he became fascinated by Galapagos; from its odd-looking plants to the animals and birds that had no fear of humans; he made notes about everything he found.

Darwin soon began to make the most of his experience. He spent as much time as possible on land, making observations about the landscape and wildlife in these new and exotic countries, and writing about them in his notebooks. He collected a lot of specimens (the ship’s artists even drew a picture of the crew tripping over Darwin’s boxes of collections!) and he was able to keep them all because he was a private naturalist, rather than an official one. This was very important because it meant that Darwin was free to do whatever he wanted with the specimens when he returned home. If this had not been the case, he may not have developed some of his theories as quickly as he did, or maybe not had some of the ideas at all! 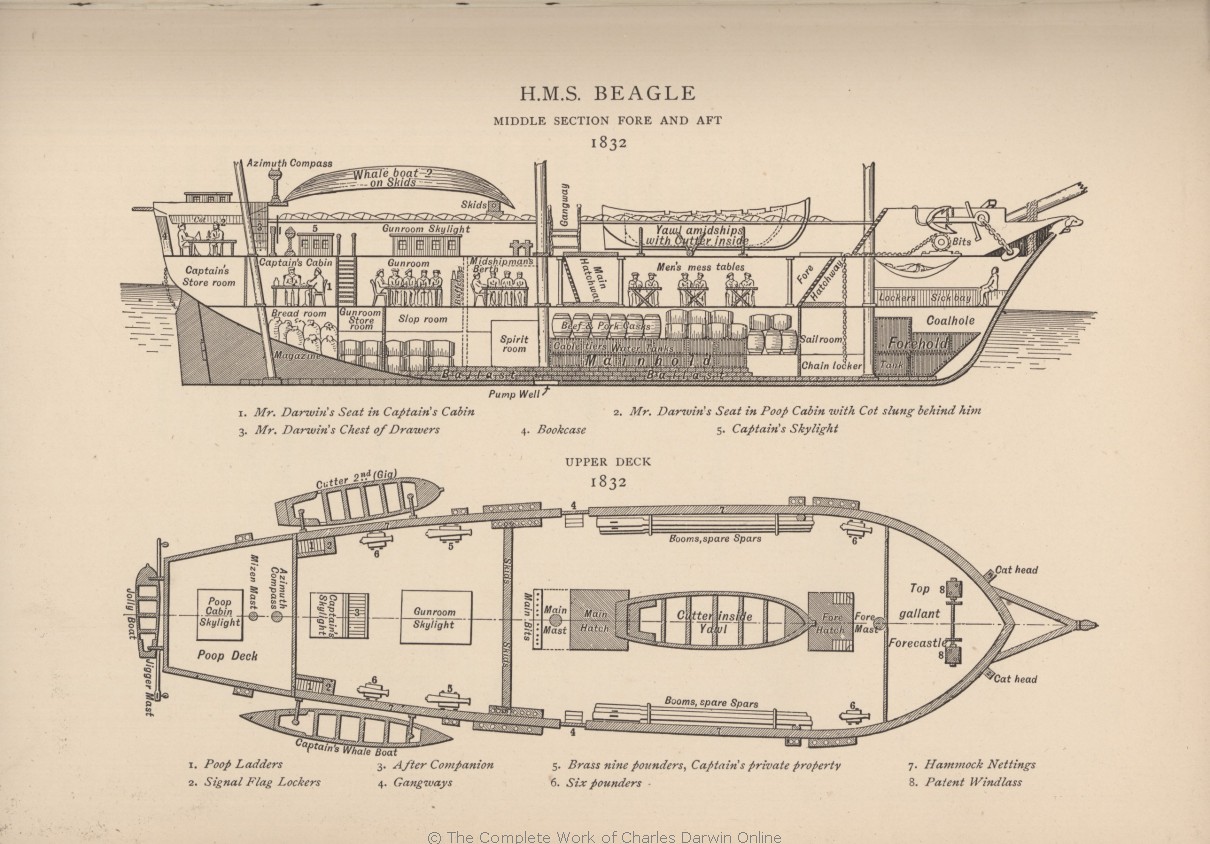 The voyage of the Beagle has been by far the most important event in my life and has determined my whole career … I have always felt that I owe to the voyage the first real training or education of my mind. 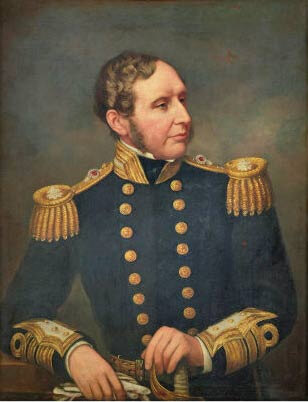 Captain Fitzroy
While Darwin was still on the voyage, he sent letters to friends and family when he could. He would write to his friend Henslow to tell him about what he had seen. Darwin was very surprised to learn these letters and some of the collections he had sent home, were already making him famous in the scientific community. Darwin would later state that while he was very pleased to be admired by his scientific friends, he never really wanted to be famous.
Darwin’s time in Galapagos is famous because it helped inspire his theory of evolution by natural selection. He noticed the similarities between animal species on the different islands, and in mainland Ecuador. However, Darwin also made some important observations that conservationists are still trying to address today – for example he noted that there were wild, invasive goats and pigs on the islands where humans had started to live, and that the giant tortoise population was starting to decline quickly as they were taken away by sailors for food (unfortunately the crew aboard HMS Beagle also happily feasted on the animals that they were able to hunt on the Islands).
Previous: Early Life
What happened when Darwin returned from his voyage? Click Next to discover the final chapter, or click Previous to head back to the beginning.
Next: Constructing Theories
Glossary
Species
Teachers