What is a Marine Iguana?

The unique marine iguana is a species of reptile and the only sea-going lizard in the world. It is endemic to the Galapagos and can be spotted across the islands. As they are classified as vulnerable, there is a higher risk that they may become extinct. They can grow to be up to 1.5 metres in length and live between 5 and 12 years. When Darwin first saw a marine iguana basking on the black volcanic rocks he described it as a remarkable but…

…hideous-looking creature, of a dirty black colour, stupid and sluggish in its movements.

Marine iguanas are able to dive to depths of 25 metres and can remain submerged for well over 10 minutes before having to return to land to warm up. They can often been seen basking in the sun on exposed lava to raise their body temperature to around 35.5°C.

Did you know that marine iguanas sneeze salt out of their nostrils? This strange adaptation has evolved to get rid of the excess salt which they ingest due to their marine diet. 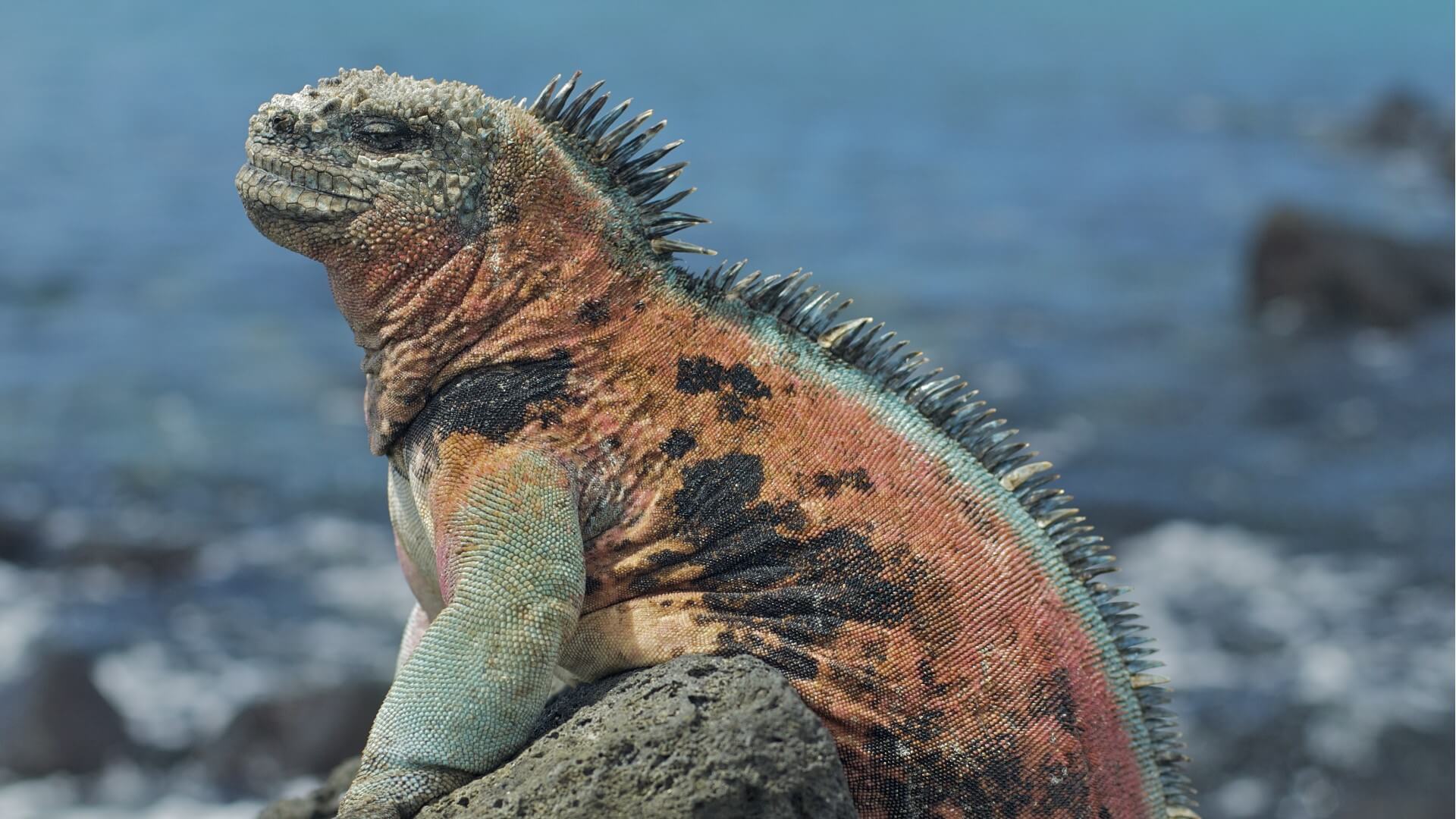 Teachers, click here for lesson plans and resources!
Back: Evolution in a Day
Next: Darwin's Finches
Glossary
Species
Teachers